Tuesday night I attended an independent film screening hosted by edhat.
The movie, Spooner, was the best I've ever seen at a festival like that.
Rumor has it the flick will be showing at a many theaters this fall...
so you should be able to go see it sometime soon at the mall.

Different bits and pieces reminded me of various movies which bring me delight:
Office Space, Good Luck Chuck, 40 Year Old Virgin, and Napoleon Dynamite.
It has characters you'll love and weirdos to make you laugh,
the average dysfunctional family and car salesmen riffraff.

The story revolves around Harold Spooner's 30th birthday...
the date by which his parents say he must move away.
He has money to pay but nowhere else he wants to dwell.
Without parents, a flat screen & surround sound he'll be living in hell.

As he's trying to figure out what he wants to do with his life,
he falls for beautiful Rose during her moment of strife.
I'm not going to tell you where the plot goes from there...
though you might want to know, the producers would care.

I will tell you that the audience laughed loudly and repeatedly,
and that scenes like "I could palm your face" are a must see.
And don't underestimate the contribution of the supporting cast,
they'll win you over with family and office humor incredibly fast.

In fact, Spooner's boss may be the Bill Lumbergh of used cars,
and his parents the comedic examples of Venus and Mars.
As you can probably tell, I recommend seeing this movie.
I think the cast, characters and plot are two-thumbs-up-groovy. 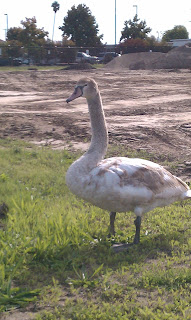 I've worked at an office in Goleta since 2008,
and think we need to help the birds before it's too late.
I now know of two that have flown right into a transformer...
If you were that blind you'd want someone to warn ya.

Perhaps some of the wealthier residents nearby,
would be interested in giving bird training a try.
Or if they aren't looking for a new pastime,
they could finance the foundation... that'd be fine!

You see, what we need is some seeing eye birds,
that could sit watch and, when needed, make their voices heard.
This caring act could prevent a future power outage,
or worse, another fire which could destroy the townage.

Also please, if you know a smart bird who's up for the task,
and would let him sit in the sun each day and bask...
Bring him or her to Goleta to lend a helping hand,
because seeing eye birds are in very high demand. 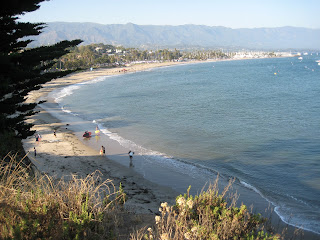 Occasionally I enjoy googling "this month in history".
I'm horrible at trivia, so the answer's always a mystery.
This time I was reminded of a little festival called Woodstock...
August 15th was the 41st aniversary of that gala of rock.
Coincidentally, I recently watched a movie which taught me
a few superfilous facts on how the concert came to be.
Apparently the original location denied the permit,

because a few of the locals threw a great big fit.
They didn't want their town to be invaded by hoodlums,
even if it could boost local establishments' incomes.
So the festival was moved to a different town nearby,
and Wallhill hosted the festival despite social outcry.
I wish Santa Barbara could think more like Tiber,
and encourage more festivals, concerts and fairs here.
But, it seems the permit process really has not changed,
and that musicians and hippies will always feel estranged.
Before summer began I was planning to attend,
the West Beach Music Festival for 2010.

But as the ticket sales date began to draw near,
all kinds of controversy I began to hear.
The permit was issued, but then pulled back,
due to complaints from neighbors about tact.
But even once security, etc. was increased,
the objections from neighbors did not cease.
Forced to move to a soccer field and cut one day,
Twin Productions continues the plan to stay.
Unfortunately many have waited to buy a ticket (like me),
so they can't seem to come up with the $90k deposit fee.
All this back and forth seems a bit passive agressive.
The whiny neighbors are getting more than oppressive.

So to lighten the mood, I've re-written a famous tune...
using the hokey pokey to mock a collective goon.

Fancy Pen Users Should Not Be Trusted

This week I wandered upon a survey from 2002,
about the many types of pens we Americans use.
I also read a story about the ability to read minds,
and had a wacky brainstorm when the two ideas combined.

First came the new knowledge about the psychology of pens,
and what the quantity and color say about me and my friends.
They say female green pen users are likely to hoard...
oh my goodness, that's me... just look in my drawers!

This mini epiphany made me believe the other stats,
because things I can relate to are practically facts.
I think they're right about those erasable pen addicts;
I bet they're a bunch of Office Space fanatics.

The end of the story nailed one more fact on the head,
my chance to pen analyze my friends is already half dead.
With computers and iPhones becoming the rage,
there is much less a reason to put ink on a page.

Even more reason, I suppose, to be afraid,
of fancy pen people (even if highly paid).
Just because their job pays them more money,
doesn't mean a $200 pen is any less funny.

I admit my next reading choice was a bit of a switch,
but I think my subconscious was exploring a niche.
I felt suddenly drawn to read about studies on thought stealing,
I've always found the concept of reading minds appealing.

But, as I learned about the things they can already do,
I became more and more worried about fancy pens too.
I mean, if a special brain scan can figure out what I'm thinking,
a mood ring pen with FMRI power could be the ultimate syncing!

The color & brain wave measurers could work together,
to scrutinize your ideas anywhere you go... whenever.
What if the CIA & FBI already have such a device?
Of course they won't tell, although we pay the price.

They could be planting "magic pens" to collect info on us,
so there's definitely no fancy pen user I feel I can trust.
Those deviants should consider joining the electronic revolution,
well, at least until my hair brained ideas find another resolution. 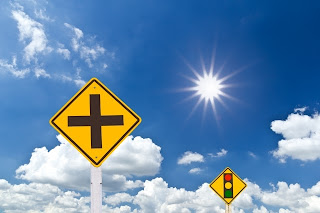 Photo courtesy of tungphoto via freedigitalphotos.net

I never thought I would be the type,
to swear like a pirate while driving.
But to say I don't profanely gripe,
would be blatant, preposterous lying.

I always start out 100% calm,
then suddenly feel surrounded by crazy.
My stomach begins to qualm,
and my benevolence towards others turns hazy.

I understand they're in a rush,
but it really doesn't help the traffic flow...
to sweep across lanes & such,
leading the fast lane 'til you absolutely must go.

I realize that mistakes may happen,
when you're wandering streets like a stray.
But, new neighborhood = pay attention...
enough to realize that traffic goes only one way.

And don't get me started,
on the proper angles for turning,
Or parking retarded...
both make my anger start burning.

I bet the drivers around me laugh,
as I make bold hand gestures and yell...
wishing I could rip their car in half,
or bring justice by casting a magic spell.

I guess we all are really just,
roadside entertainment for each other.
And I would like to suggest,
that it's not worth angering one another.

While I may not be able,
to change your silly driving habits.
I suggest we flip flop the fable,
by thinking like turtles, not rabbits.

We all know the kids' book,
where the tortoise beats the hare in a race.
Slow & steady was all it took,
for him to reach his destination in first place.

You may find that, like me,
you complain (without audience) to cope.
I hope eventually they'll see,
that their short cut maneuvers are a joke.

Perhaps when that occurs,
the traffic will finally flow free.
'Til then, excuse my words...
a drunken turtle pirate I must be.