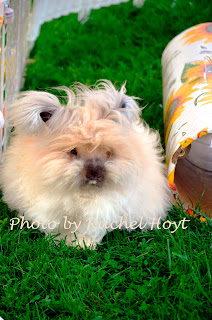 Watching bunnies hippity-hop
makes my heart go flippity-flop.
I've never seen them jump real high,
but think they love it more than I.
No wonder there is a contest
to see which rabbit hops the best.
What's that you say?  You did not know?
That's because Europe has the show.

There the bunnies compete to win.
Here the burning desire is thin.
The Angora that hopped for me
was certainly quite cute to see,
but I imagine its nothing
compared to the fluffing
the European bunnies get.
Missing their show brings me regret.

What show, you ask? I'm happy to say -
October 30th is the day
the first European Champ will be crowned
and, maybe, a new pastime found
for lovers of furry hoppers,
pretty pets who are show stoppers
and people like me who like to
watch the fun things that animals do. 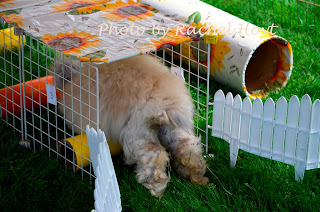 If you are interested in adopting
a fluffy bunny who likes hopping,
contact B.U.N.S. today
and give a bunny a place to play.
Their festival last week was super fun!
I wish I could bring home every last one.
BUT, I've already got a mini-zoo,
so these bunnies must rely on you.

I always thought jump-roping wasn't for frogs,
bunnies, kitties, horses, or dogs,
but apparently some animals like that kid's toy.
Hopping together brings these cute dogs joy.
Hopefully their world record will make their circus famous
and, for their celebrity complexes, no one will blame us. 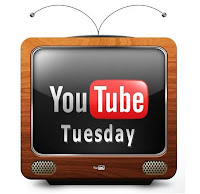 Josh from "Its Tiger Time" invented You Tube Tuesday so we could each share one video a week which we found to be fun, inspiring or otherwise noteworthy.  If you choose to participate, don't forget to leave your links in my comments section (so I can come visit you) and on Josh's page (so you can be part of the contest).
Posted by Unknown at 5:30 AM 20 comments: 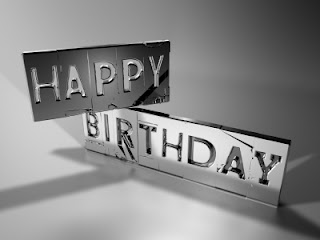 Image by Salvatore Vuono via freedigitalphotos.net﻿


He was a rhymer of flax-golden tales,
'bout things as silly as biting your nails
but when he was young he dreamt of baseball
not writing for children - no, not at all.

He drew cartoons to "Take Ten" in the war.
When he got back, for Playboy he drew more.
He wrote and drew for them quite a long time,
then wrote for kids.  No one cared.  It was fine.

He was a singer and writer of songs,
a dreamer of dreams where rights reverse wrongs,
a recluse rock star who shared his talent,
with those who knew his lyrics were valiant.

He was and is and he always will be
a source of much inspiration for me.
Though not alive to celebrate today,
I'd like to wish Shel a Happy Birthday.

This rhyme is being shared at the Poetry Pantry.
If you're visiting from there, please leave your links for me.
Posted by Unknown at 5:30 AM 19 comments:

Yo Ho, Yo Ho, a Pirate Ramble for Ye 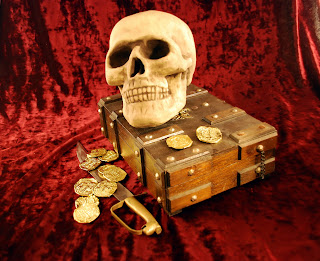 I remember hearing once on the radio,
some silly local morning show,
that Santa Barbara faced a peculiar threat.
Those words they read, I'll never forget.
They said that pirates could attack us some day.
I laughed pretty good and (in my mind) said, "No way!"

Years later the threat seems a little more real.
Perhaps Captain Jack Sparrow renewed our zeal?
Or maybe it was those guys who started that holiday
that Dave Barry wrote about - Talk Like a Pirate Day?
Of course, we could blame the Somalians themselves.
That's easier than thinking we caused it ourselves.

None of this explains why Santa Barbara is in danger
of being attacked by some scary pirate stranger.
I never found the source of the radio man's statistic,
but Google showed me a scenario that was realistic.
In fact it's not just realistic, it actually happened in the past.
The Santa Barbara Mission may have endured canon blast.

I wonder if they left behind any buried treasure?
The quest to find it would bring me much pleasure.
I hear the Ortega family uncovered some booty.
Their chest came from the Catholics.  How snooty.
Still, I think I should get a metal detector to check for cursed gold.
It could be under my place for all I know.  It's definitely old!

This rhyme is being shared at the Poetry Pantry.
If you're visiting from there, please leave your links for me.
Posted by Unknown at 5:00 AM 20 comments: 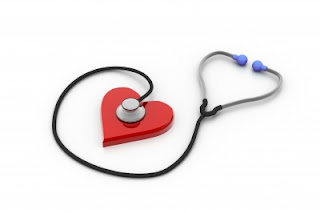 Image by Renjith Krishnan via freedigitalphotos.net

Why must we always choose left or right?
Sometimes the middle road is a delight.
Could it be that "easy" route doesn't actually exist?
Or is clearing the stuff in the way the thing we resist?

I've heard many dark worker's comp insurance tales,
handled claims, seen scams and where the system fails.
So, to illustrate how silly each extreme actually is,
I've written some 'nursery rhymes' about the worker's comp biz.

Painter Pauly
Painter Pauly felt a pain
shoot from his right elbow.
"Ouch!" yelled Pauly, though in vain.
No one could hear him. (Low blow.)

Painter Pauly's boss said he
should go straight to the doctor.
The company would pay the fee
with Work Comp as its proctor.

Later Pauly's boss found out
he played a bit of tennis.
This fact did not make him pout,
it made Pauly a menace.

No one proved without a doubt
what injured Painter Pauly,
though the signs did scream and shout
his lifestyle was the folly.

Other painters heard the news
(Painter Pauly's settlement).
Now Pauly's boss has the blues
and bills that are exorbitant.

Ruler Ronnie
Ruler Ronnie sent his bellhop
out into the dust storm.
He wouldn't risk leaving the shop
where it was safe and warm.

The skyscraper next door had been
demolished that morning,
but Ruler Ronnie, like some men,
refused to change a thing.

So Bellhop Bill braved the dust storm
to get his boss breakfast,
but soon his lungs showed the dust harm
was bad enough to last.

Bellhop Bill told Ruler Ronnie
he needed to get help.
The Ruler said, "Ok with me.
There is no need to yelp."

But Ruler Ronnie said that he
was not going to pay.
His sources tested and said the
air was just fine that day.

If you're visiting from D'Verse Poets Pub Open Link Night,
please leave a link to your work so I can read them tonight!
Posted by Unknown at 7:00 AM 24 comments:

Kill a Cock, Stop a Cockfight 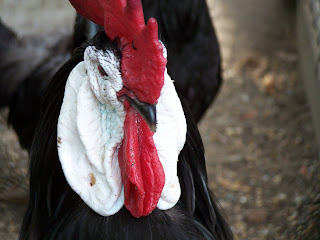 It's no secret I'm not fond of Arizona's Sheriff Joe.
He can feel how he feels, but his methods are so-so.
He enjoys enforcing the law with extreme gusto
and doesn't care if the impact feels like a low blow.

Now he and Steven Segal are filming reality TV,
earning fame doing things that seem senseless to me.
(They somehow managed to kill an innocent puppy
when their tank and SWAT team raided a property.)

They say they were putting an end to cock fights,
and I definitely feel for the fighting cocks' plights,
but I can't say the Sheriff's actions promote animal rights.
It'd be better if they'd lived to have more fun nights.

Perhaps there was no available rooster rescue
to provide a happier, more peaceful venue,
where they could do the things that roosters do,
like frolic outdoors and yell cock-a-doodle-do!

Still, I'd rather see the Sheriff open his own retail store
where he could sell rescued roosters, gangster's guns and more.
Find a better way to be rough and tough, I implore.
Sheriff, stories of your lawsuits are becoming a bore.


This rhyme is being shared at the Poetry Pantry,
an excellent place to go to read poetry.
If you're visiting from there, please leave your links for me.
Posted by Unknown at 10:08 PM 18 comments: 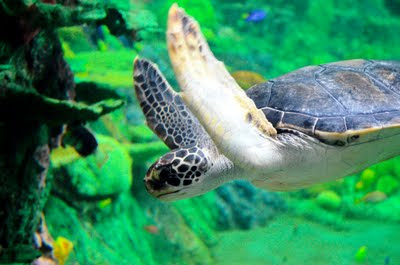 I'm a bit late starting, but thought September would be
a great month for returning to my Smiley Sociology Studies.
This month I'd like to read posts about rare animals...
One that was kept as a pet by some late cannibals?
One that is only known to smarty pants like yourself?
One that can only be bought illegally with great wealth?
One which only exists one place, quite far from the city?
One which you'd mourn if it no longer lived to roam free?

Remember, your post need NOT be poetry.
Bloggers of all types may use Mister Linky.
I only ask that you stick to this month's chosen theme,
read others' post and leave comments (that aren't mean).
Next month, after I've analyzed all your posts,
I'll write my own rhyme and link to the entries I liked most.
If you don't already have a rare animal in mind,
do a search on Google and just see what you find!

(1) Create a new post about a rare animal or link to one that was already on your blog. Please note: your post does not need to be poetic or rhyming. All styles of blogs are welcome as long as their post is about rare animals.

(2) Please include a link back to the Smiley Sociology Study within your post to help spread the word about the link exchange. The more "data" / posts I have to peruse, the better pseudo sociological results I can produce!

(3) copy the link for that post and paste link into Mister Linky below.
Please link directly to the post you want to share, not to your home page.
I will delete your link from the study if I cannot find a rare animal themed post to link to directly.

(5) read links left by others and tell them (nicely) what you think
Posted by Unknown at 9:00 PM 22 comments: